I’m Not Trying To Be Mean But…

The late George Plimpton was one of my favorite all time authors!  George wrote the famous book “Paper Lion” where he was allowed to practice with the Detroit Lions football team and actually play Quarterback for a set of downs in an exhibition game years ago.  He then took this experience and incorporated it into his book!  This was only one of many of George’s attempts to actually live the event or experience what he would write about.  He became a boxer and fought Archie Moore in a 3 round boxing match, he became a goaltender for the Boston Bruins in hockey, and a pitcher against a team of Big League all-stars in baseball.  In the non sports world he became a trapeze artist in the Circus and a comedian.  In every one of these attempts you could say that his performance was a failure as far as his abilities.  Yet they were of enormous success in the books he was able to write because he was part of the action.

When asked what the most pressure he faced when becoming what he would write about George surprised me with the answer he gave.  “It was when he was part of the New York Philharmonic Orchestra”, he revealed.  The great Leonard Bernstein was the orchestra leader and George told of an experience with bells.  There was this bell instrument that had eight or nine different bells and he was to ring them eighteen or nineteen times as a prelude to the Orchestra’s song.  Pardon the pun but his part set the tone for the whole number.  Well George got a little confused and overdid his bells much to the dismay of Bernstein.  Bernstein made the decision to not do another performance with Plimpton aboard, but the band liked George and talked Bernstein into giving him another chance.  Bernstein agreed but only if he could switch Plimpton’s role.  He put Plimpton in the percussion area one time with the cymbals and another with the triangle.  As simple as it seems to George it was an enormous amount of pressure.  George explained that music is not like the sporting world.  If you are playing Quarterback for instance you can take your time at the line of scrimmage and dictate the action.  Only when you want the ball snapped do you call for it.  “In music once it starts there is no stopping it”, he explained.  George said that “there are three fears when playing the triangle #1 that you drop the triangle, #2 that you drop the stick, and he couldn’t remember #3.  So he is sitting there waiting for his part and suddenly Bernstein turns to him.  Bernstein probably forgetting who was there and expecting his regular person  see’s Plimpton.  George said that there was that shock in his face as their eyes met.  “Musicians have a non verbal way of talking to each other”, Plimpton offered.  “If they like what you did they rub their foot on the floor.  Seeing many people rub their foot at the same time was instant feedback if they thought you did a good job.  One time George was doing the cymbals and he felt his timing was close so he banged those cymbals together with all that he had!  After that he wondered if he had really messed up, but to his relief the band members started rubbing their feet in unison!

Much like music where once it starts it keeps going we can get involved in things that it is better that we don’t start.  Once we go down that road the snowball just keeps rolling and getting bigger.  I’m reminded of the guy that was going to swim across the lake and got halfway out and decided he couldn’t make it so he swam back.  I’m reminded of commitments we might make that we made for the wrong reasons.  Suddenly the time comes and we are committed to do it even if our heart is not in it.  It’s like getting on an airplane and heading for a destination.  At that point there is no turning back.  You are on your way whether you changed your mind or not! 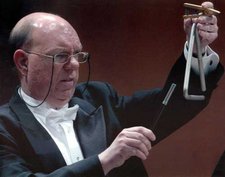 This is not Plimpton, This is an expert!

Words are something each of us sometimes regret.  They are like music, once we say them they are a matter of record.  In the heat of the moment sometimes we say things we normally wouldn’t say.  There are times our words can hurt someone.  Sometimes our words cut like a knife into someone else digging into a weakness that they have or that we perceive they own.  Trust me, this is something that I have been guilty of.  When I point a finger I feel like three are pointing back at me.  However, I think it is important to face the battle that we may have with our tongue and be guarded in the words that we express.  This is such a common thing we all go through.  How many hit songs expressed how if they could do it all again or if they could take the words back they would?  One of the best remedies is if you are truly sorry for something you said to someone just go to that person and ask them to forgive you.  You will be surprised at the reaction that most people will have!  It is usually an emotional one as they ask you to forgive them of something too!   The Bible mentions both asking for forgiveness and forgiving people when they ask!

A lot of times we get ourselves going the wrong way on the street of no return just in how we start a sentence.  If we can just eliminate this line we would be much better off.  “Not to be (fill in the blank) mean, unkind, hurtful, heartless, rude, and then we continue..But and we keep talking.  Suddenly that snowball is rolling and getting bigger.  Suddenly the music is playing and it is not going to stop.  There will be no foot rubbing on the floor of heaven, only a stare of disbelief over the door we just opened.  Let’s vow to ourselves and God that we will stop this practice of downgrading speech!  The next time we catch ourselves thinking about using the words “I’m not trying to be mean”, or “Not to be hurtful”, or “I don’t want to be rude”, or “I don’t want  to cut anybody down”, BUT ….Let’s get it out of our minds before it hits our lips!  For after we say those words we are about to be the very thing we said that we don’t want to be.