Experienced in Flags and Puck Marks!

Every now and then I’ll be on my way downtown when I’ll look on top of one of the tallest bank buildings.  Sure enough there is the American flag blowing in the breeze.  A smile will very slowly come to my face as I remember.  You see I have a little history with that particular flag location.  My family knows the story too and they will also mention the flag when they see it. 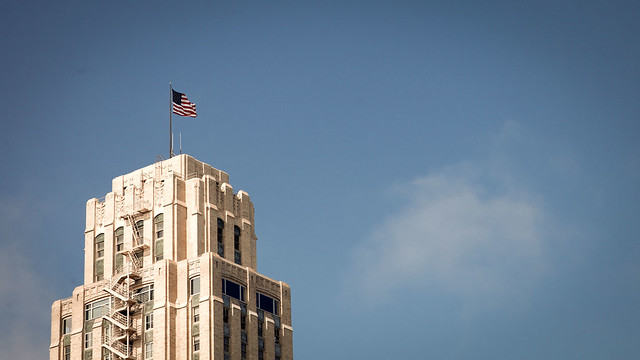 It was years ago 1979 to be exact and I had just graduated from college.  I had been going through rejections in the interview process for business positions mostly because of my lack of experience.  I was living with my parents and decided that I needed to be doing something, so I swallowed my pride one day and applied at Kelly Services.  Kelly Services was a place that employers could go to if they needed temporary help.  You would work for Kelly but they would send you to different places that they contracted with.  Usually the jobs were one day in duration as the companies had something that needed to be done that they weren’t willing to make a position for.  Fortunately the employment lady at Kelly must have taken a liking to me because I started getting calls.  She wouldn’t call until the morning that I was supposed to report and she would tell me where to go, what to expect, and who to report to.

One morning I received her call.  This position was a little different than the several she had sent me to before.  They needed a janitor type person for two weeks.  I’m not sure what the companies situation was.  I assume that either their regular person had quit or they went on vacation or something.  Anyway she told me to report downtown to the First National Bank building, who to report to, and what floor they were on.  When I arrived the manager went through all of the duties I would be responsible for and when I should do them.  Lastly he took me up on the roof of the building.  It felt kind of odd to be up there but there were walls around the ledges so it wasn’t like we were going to get blown off by a gust of wind.  “Each day you will be responsible for putting the flag up”, he stated.  At that point he pulled the flag out of a box and showed me how it was done.

Each day I would go into that fancy bank building.  It had a revolving door and heavy glass doors.  After entering the building I would turn to the right where there was this fancy elevator.  I was greeted each morning by a doorman who observed people coming in.  Entering the elevator I was always in the company of people dressed in 3 piece business suits.  Some of them didn’t seem much older than me but they were always in groups and seemed to have a mission.  There were lawyer offices on different floors and I assumed that they were either lawyers or assistants to the lawyers.  Anyway in the midst of all of these well dressed people I had my casual jeans and shirt on.  They never asked what I did or why I wasn’t in business attire.  They all seemed to be in their own little world and their days mission seemed utmost on their minds. 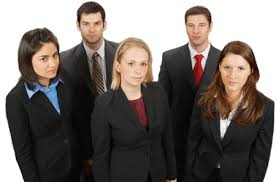 I remember some of the janitor duties I performed (mostly picking up trash bags), but the thing I remember most was putting up that flag every morning.  At the time I never questioned why I had to put it up every day.  Why didn’t they just leave it up through the night?  I discovered from reading about the guidelines of the flag the answer.  The custom is to display the flag from sunrise to sunset only.  I don’t believe I took the flag down.  I’m pretty sure I left before sunset and someone else was responsible for that chore.  My flag job was one of those jobs that doesn’t get noticed until it isn’t done.  Much like the offensive lineman in football.  As long as they are doing their job we are concentrating on the Quarterback throwing his touchdowns.  However when the lineman makes a penalty all eyes are on him.  We are quick to blame but slow to give glory to these people.  They seem to be noticed only when they make a mistake.  I didn’t make a mistake as each day I had that flag flying high!

Brother Ingram was a man at the church I used to attend who had a similar position far from glory and adulation.  He did maintenance work inside the church and also mowed their expansive yard both back and front.  He revealed to me one time that it took him 4 hours to do the job and that was on a riding mower.  Brother Ingram was retired and did his duties as a labor of love for the church.  He wasn’t paid except maybe a tiny love gift at the end of the year.  If he were offered a weekly check he would not have accepted it.  He knew that it was a small church and that we were having a hard time paying it’s monthly bills.  He was offering his services as a gift so the church wouldn’t have to hire an expensive third party to do the job each week.  Brother Ingram always had the lawn in order.  Nobody really said anything about how the lawn looked.  It’s assumed that the lawn of a church will look good somehow or some way.  It never occurred to most that this man was giving his time each week to keep the church that he loved in order.  I don’t remember this ever happening but if Brother Ingram didn’t do his duty I’m sure it would have been noticed.  Otherwise nobody thought much about the church lawn as long as Brother Ingram was doing the job.

This church had an enormous amount of land (mostly in the back) that Brother Ingram mowed once a week as a labor of love!

The most unusual job I ever performed was a one day job that Kelly Services sent me on before the flag raising job.  When she called I was told to wear warm clothing and boots.  I was to report to the Wings Stadium Ice Arena.  When I arrived there was another Kelly worker present also.  We were each given rags and a bottle of spray solution that looked like Windex.  “I want you to go around and clean all of those puck marks off of the wall”, we were told.  The marks on the arena walls were made from hockey pucks from a recent game.  I looked and there were literally hundreds or maybe thousands of black marks all over the white wall.  Some were more easily removed than others.  After spraying the solution on it took much elbow grease to remove even one mark.  This was a slow and tedious process.  As we worked away we carried on a conversation to avoid the tedious nature of the job.  I know that when we were done for the day the arena looked better.  I remember that even after all of the work we put in there were still marks that wouldn’t totally come off.  I never thought that I would spend an entire working day cleaning puck marks off of the arena walls.  The next day I was sent somewhere else and I was thankful!

Remembering these unusual jobs that I did years ago makes me realize that the behind the scenes jobs are important too.  Usually when you see a person or an organization that is successful you see the person who is the face of that effort.  Very rarely is one person responsible for success or failure.   It takes efforts from people in the forefront along with people in the background.  Too often we are quick to give credit and financial reward to someone in the public eye while never considering the contributors that do the little things that are needed but are not very glamorous.

For too many of us Christians self pride has become too much of our equation.  We are always striving for the perfect position and never finding it.  Too many times we strive for that position where we are the face of the whole campaign because we are taught that is how to succeed.  We’re not interested in the Kelly Services positions in the spiritual realm. In the end God looks at our hearts. It isn’t what I can accomplish it is what he can accomplish through me!  Instead of having the attitude of a ruler he teaches us to have the attitude of a servant.  When two of Jesus’ disciples were arguing about who was the greatest Jesus made this point. In Matthew chapter 20 verses 26-27 Jesus tells them “But among you it will be different.  Whoever wants to be a leader among you must be your servant, and whoever wants to be first among you must become your slave.”  You see when the rewards are given out after life’s journey we very well might be surprised that big rewards are given to people who are not known for worldly fame.  The goal scorers lavished with praise upon this earth might not be rewarded as much as the servants who cleaned up the puck marks!

6 thoughts on “Experienced in Flags and Puck Marks!”