Last month marked the anniversary of the first man on the moon.  I remember July 20, 1969.  I was listening to the Detroit Tigers baseball game when suddenly the broadcast was interrupted by breaking news.  At the time I didn’t like the fact that they were interrupting my game to go live to the moon landing.  I can see that my point of view has changed from when I was 12 as far as what was important.  In a way I think some of the astronauts point of view changed too.

I think it is the most amazing picture I have ever seen.  I know that’s a big statement but when you think about the significance of the whole picture it is hard to disagree.  It is pictures of the earth taken by the astronauts as they are on the moon or flying over the moon. 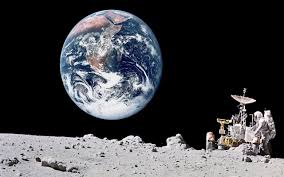 The number of people that have seen this amazing view is very small.  Many of them have made comments about this fantastic view and the aura of how they felt when they were seeing.this remarkable spectacle! 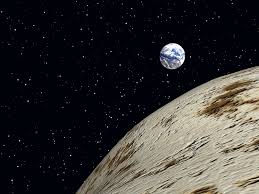 “It suddenly struck me that that tiny pea, pretty and blue, was the Earth. I put up my thumb and shut one eye, and my thumb blotted out the planet Earth. I didn’t feel like a giant. I felt very, very small.”

“As we got further and further away, it [the Earth] diminished in size. Finally it shrank to the size of a marble, the most beautiful you can imagine. That beautiful, warm, living object looked so fragile, so delicate, that if you touched it with a finger it would crumble and fall apart. Seeing this has to change a man.” 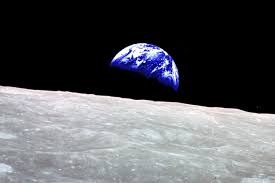 “The view of the Earth from the Moon fascinated me — a small disk, 240,000 miles away. . . . Raging nationalistic interests, famines, wars, pestilence don’t show from that distance.”

“I think the one overwhelming emotion that we had was when we saw the earth rising in the distance over the lunar landscape . . . . It makes us realize that we all do exist on one small globe. For from 230,000 miles away it really is a small planet.”

“The world itself looks cleaner and so much more beautiful. Maybe we can make it that way—the way God intended it to be—by giving everybody that new perspective from out in space.”

“Oddly enough the overriding sensation I got looking at the earth was, my god that little thing is so fragile out there.” 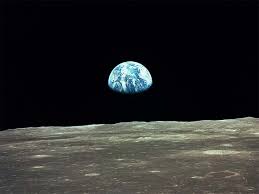 “For the first time in my life I saw the horizon as a curved line. It was accentuated by a thin seam of dark blue light—our atmosphere. Obviously this was not the ocean of air I had been told it was so many times in my life. I was terrified by its fragile appearance.”

“Suddenly, from behind the rim of the Moon, in long, slow-motion moments of immense majesty, there emerges a sparkling blue and white jewel, a light, delicate sky-blue sphere laced with slowly swirling veils of white, rising gradually like a small pearl in a thick sea of black mystery. It takes more than a moment to fully realize this is Earth . . . home.”

“Now I know why I’m here. Not for a closer look at the moon, but to look back at our home, the Earth.” 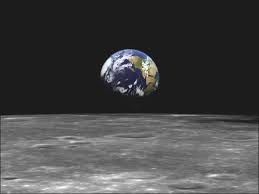 “Looking outward to the blackness of space, sprinkled with the glory of a universe of lights, I saw majesty—but no welcome. Below was a welcoming planet. There, contained in the thin, moving, incredibly fragile shell of the biosphere is everything that is dear to you, all the human drama and comedy. That’s where life is; that’s were all the good stuff is.”

“It’s beyond imagination until you actually get up and see it and experience it and feel it.”

“To fly in space is to see the reality of Earth, alone. The experience changed my life and my attitude toward life itself. I am one of the lucky ones.”

“There is perhaps no better a demonstration of the folly of human conceits than this distant image of our tiny world.” 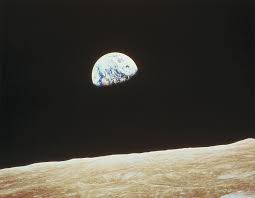 “Look again at that dot. That’s here, that’s home, that’s us. On it everyone you love, everyone you know, everyone you ever heard of, every human being who ever was, lived out their lives. The aggregate of our joy and suffering, thousands of confident religions, ideologies and economic doctrines, every hunter and forager, every hero and coward, every creator and destroyer of civilization, every king and peasant, every young couple in love, every mother and father, hopeful child, inventor and explorer, every teacher of morals, every corrupt politician, every “superstar,” every “supreme leader,” every saint and sinner in the history of our species lived there—on a mote of dust suspended in a sunbeam.”

“We came all this way to explore the moon, and the most important thing is that we discovered the earth.”

We all get so wrapped up in our tiny little world and it is so easy to do.  Like I was with my baseball game at the age of twelve we get tunnel vision on things that are unimportant. Maybe it is time that we get interrupted in our normal thinking!  Taking a trip to the moon would surely do us all good.  Looking back at the earth and realizing that it is small in comparison to the vast universe.  Realizing the beauty of all creation that God has so majestically formed.  With all of the universe and space out there it has to be a mind boggling experience seeing the earth (the most beautiful circle) and knowing that it is home to everything dear!  It surely would take our mind off of our individual problems as we see the big picture of life and our world.  Surely the picture would be forever in our minds and hearts as long as we lived!

“3When I consider your heavens,
the work of your fingers,
the moon and the stars,
which you have set in place,
4what is man that you are mindful of him,
the son of man that you care for him?
5You made him a little lower than the heavenly beings
and crowned him with glory and honor.”

Posted in Out of the Darkness, The Bible is the Foundation

4 thoughts on “A Different View”