Nicky Cruz had seen enough of a preacher named David Wilkerson.  He had his switchblade knife in his hand and forcefully grunted for Wilkerson to not come any closer or he was a dead man.  Wilkerson spoke the words that would ring in Nicky’s ears forever.  “You could kill me Nicky and cut me into a thousand pieces and throw them out on the street, and every one of them would be saying Jesus loves you.”

Nicky was born into a satanic home in Puerto Rico.  His mother was a witch and his father was a satanic priest.  Nicky was told very early in life that he wasn’t wanted.  “You are a child of Lucifer”, his mother would tell him.  Nicky developed a hate in his heart and had no respect for laws and didn’t love anyone from an early age.  One time his father punished him by putting him in a shed with many birds in it.  It was dark and the birds started attacking Nicky and pecking him.  After a long while his father let him out but the experience left more hate in Nicky.  He was always getting into trouble and at the age of 15 he was sent to live with his brother in New York City.

Things didn’t change for Nicky in New York City.  The hate that developed in Puerto Rico got worse.  His brother couldn’t handle him as Nicky got kicked out of school.  Nicky decided that he would have to live on his own.  He was looking for a place to stay when the superintendent of a run down apartment complex told him the rent was $15.  Of course Nicky had no money.  “Listen kid”, the hardened landlord said, “I don’t care where you get the money, rob some old lady for all I care.  Come up with $15 and we can talk.  Until then get out of my face you are bugging me.”  Nicky had no plan but he had his knife and he needed some money.  He had lied to his brother that he would be staying at friends for a week and was determined not to go back.

A man in his late teens had a bag of groceries and a wino was begging him for money. Nicky listened to the conversation.  Nicky thought the wino would be a good target because he wouldn’t dare make a commotion and he probably had a lot of money he had been given.  The young man gave the wino a coin and he was on his way.  Nicky was disheartened that the wino had gotten away.  Just then the young man dropped his bag of groceries and they were going everywhere.  Nicky grabbed the man and pushed him up against the building holding his knife in his face.  Nicky’s hand was shaking and he was afraid he would drop the knife.  His victim was shaking too but Nicky had the surprise advantage.  “I don’t want to hurt you but I need money now”, he said.  The young man was shaking.  “Take all of it just don’t kill me”, he pleaded.  The victim tried to take the wallet out of his pocket but was shaking so badly that he dropped it.  “Now take off and run as fast as you can for 2 blocks.  If you stop running you are dead.”  The young man took off tripping a couple of times until he got his footing and raced down the road.  When he turned the corner Nicky took the wallet and counted the money.  The amount was nineteen dollars and the next day he rented a room from the superintendent.

Living in New York City was a dangerous proposition at the time.  Nicky was continuously running into gangs which threatened his safety. Nicky came to a point where he was thinking about joining a gang.  He met the Mau Maus which was a Puerto Rican gang and one of the toughest in the city.  He decided to join the gang which involved passing the initiation test.  The test for Nicky was to have 5 of the toughest guys in the gang beat him up in front of the assembly while he had to stand defenseless. Any sign of backing down would label him a chicken and he was likely to get stabbed, dragged out and thrown in the street.  One by one the toughest guys in the gang took their swings at him.  Hitting and kicking him until Nicky was knocked out.  When he came to it was to the voice of one of the members who had administrated the beating.  Hey wake up he was saying as he was patting his face.  Nicky found himself in a pool of blood and suddenly he jumped up with renewed energy and started swinging wildly at his attackers.  Finally they got him pinned down and told him he was one of them.  “You may be a lot of things Nicky”, Israel, the vice president of the gang told him, “but you are not a chicken!”  “You are a Mau Mau Nicky, a Mau Mau!” Nicky finally felt like he had a family.  He figured he wouldn’t have to fight alone anymore.

If it were possible for Nicky to become even more cold and ruthless he did.  He lived for the gang fights and looked forward to the rumbles in the local park, schools, or anywhere else around the city that the gangs decided.  There were many gangs in New York City and they all had their own turf.  The turf was the land that the gang fought for and claimed for their own. Other gang members who got caught on another gangs turf could be beaten up, stabbed, or killed.  It was a world filled with hatred and sin and Nicky enjoyed it.  That is until he went home and was alone.  As much fun as he had with the gang he couldn’t shake the loneliness and emptiness that engulfed him.  When he went home he felt like the loneliest guy in the world.

Nicky became more vicious as he became the president of the gang.  He didn’t stay the president for a long time however.  The president was usually drawing up plans and staying in the background when they fought.  Most of the time Nicky was the vice president because he could take part in the fighting he loved so much. He liked to cut up a garbage can and put it around him as he wildly swung a baseball bat at whoever was near him.  His fellow gang members didn’t like to fight next to Nicky for fear that they might get hurt by his wild swings.

One time Nicky was picked up by the police for a minor offense.  Nicky had so much hate in him that he made the minor offense into something much more.  A judge decided to put Nicky in the care of a Psychiatrist for a day.  The Psychiatrist took Nicky to the zoo and they talked.  Well he talked but Nicky stayed pretty quiet.  Each little test that the Psychiatrist gave Nicky would end the same.  He asked him to draw a tree.  Nicky then drew a bird in the tree.  When the psychiatrist asked Nicky why, he got upset and poked the pencil through the bird.  “There he said, I killed it.”  That was basically Nicky’s solution to whatever didn’t fit.  He would just get rid of the problem.  The psychiatrist didn’t have Nicky go back to jail.  He dropped him off in front of his house.  When Nicky asked him why, the psychiatrist had shocking words for him.  “Nicky, there is no hope for you anymore.  You are so ill because you are made to hate. You are not like other boys Nicky.  You have no love in your heart.  You are on a one way path to the electric chair and hell.”

The year was 1958.  It was over 3 years since Nicky had first arrived in New York City.  A  skinny preacher from Pennsylvania named David Wilkerson had been led by God to New York City to minister to the gangs.  The encounter with Nicky where Wilkerson made the statement about cutting him into a thousand pieces took place 2 weeks before the city wide crusade Wilkerson was staging.  On the last night of the crusade a bunch of Mau Mau’s finally took the bus that was provided to get them to the arena.  Nicky was not afraid of anything except this skinny preacher.  There was something about him and the power behind his life that scared Nicky to death.

As Nicky heard the message something started penetrating his heart. Here was a young man now 18 who was arrested 16 times and was known throughout the city for his stone cold violence.  Here was a young man who lived like an animal in the Bronx jungle.  If Nicky was ever going to change it had to be a new start.  It had to be from a power far greater than anything on earth. All of his past had to be forgotten like he was born again.  That is what happened to Nicky as he raced to the front along with a mass of other gang members and cried out to God to forgive him of his sins.  The change was immediate as Nicky felt the peace of the Holy Spirit inside of him. All of the Mau Maus brought their weapons to the police station the next morning. The surprised police officer at the desk didn’t know what was happening as one of the most feared gangs in the city marched in with many weapons in their arms.  That crusade marked the beginning of the road that would lead Nicky Cruz to preach the Gospel to over 40 million people exalting the saving grace of God!  His message through the years has been if Jesus changed Nicky Cruz he can change you!

“You can argue with someones opinion, but you can’t argue with their story” 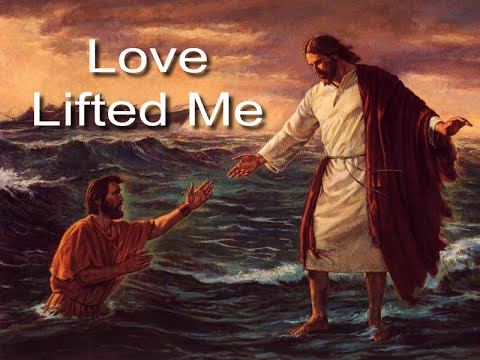 Posted in Being an Effective Witness, The Sweet Song of Salvation

3 thoughts on “Jesus Loves You Nicky!”