That’s The Way It Is?

My dad would always watch the news.  First they had the local news from 6 til 6:30 and then the national news from 6:30 til 7.  Growing up I watched a lot of news too.  I’m sure I would have watched a different show if it were my choice.  Walter Cronkite was the news anchor in those years and for my dad he was must see TV.  Cronkite had a catch phrase that he used to close his broadcast.  You could count on him at around a minute or two til seven to say “that’s the way it is” along with the date and “this is Walter Cronkite CBS News goodnight.”  I never thought about disputing his catch phrase in those years.  He was almost like a member of the family as he gave us the news every weekday.  Visiting my parents years later I often caught the news with them.  I remember when Walter would make his standard sign off my dad saying “goodnight Walter.”  It was like a trusted relative coming over and letting us in on all of the news of the world and then saying goodbye for another night.

I never thought about the accuracy of Cronkite’s sign off until I had a class in college.  I don’t remember which class it was but it was one of the general education classes that met a requirement.  How the news was broadcast on TV was under inspection.  It was stated that the news lasted a half an hour.  However with commercials in there it was reduced to like 24 minutes.  How could someone in 24 minutes possibly give us all of the news of the world?  I had never thought about it that way.  I do recall in a high school class one time they showed a film on Cronkite.  It was a documentary that had a camera follow him on a typical day.  He was also the editor and chief of what got broadcasted.  The day we saw him was a day that was very typical as far as the film told us.  There were stories coming in from everywhere the entire day.  The trick of his job was to extract what he considered “the important” news to the most viewers into his allotted time.  There were many stories that got disqualified because they were deemed not as important to the masses.  It was Cronkite as editor and chief who made the final decision.

Cronkite first took over the news anchor desk from Douglas Edwards in 1962. He only accepted the promotion with the agreement that he would be editor and chief.  Since nobody was really concerned with that specific title he got his wish.  At first his time slot was only 15 minutes and his sign off was not popular with others at the network.  He was saying that to get further details of the stories visit your local newspaper. The higher ups didn’t like his advertising for the newspapers.   They ended up increasing his news segment to a half an hour so that he could expand on his headlines better.  They encouraged him to come up with a new sign off on his broadcasts.  Cronkite came up with the “That’s the way it is” slogan.  The CBS officials still didn’t like his sign offs.  How could anyone tell the viewers that’s the way it is when they only had 30 minutes to tell them?  All of the news couldn’t possibly be reported and that clearly wasn’t totally the way it was.  Still Cronkite being the editor and chief kept the slogan and we as viewers truly thought that Walter was telling us everything he knew.

I was talking to someone lately about the news story I am now writing.  I mentioned that we don’t normally see good news on the news, only bad.  It was stated back to me that they didn’t think good news would sell.  Maybe we are trained to be on the defensive and to be aware of anything that could damage us.  The news if you think about it is reported like a weather report.  The same way the upcoming weather affects our days and weeks the news is reported likewise.  “There is a storm brewing to the west” we might be warned.  I suppose at least with the weather we can prepare ourselves by getting our raincoat and umbrella ready.  Maybe we might have to cancel our plans for that golf outing on Saturday.  With the news there is usually nothing we can do about it.  It’s not like we can change the activities of the president or some other countries leaders.  I think about how this new knowledge I have received affects how I live my life?  The answer almost all of the time is that the only effect that it has is to make me worry about the situation. 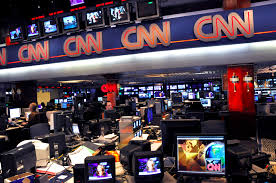 Although I might not seek the news these days it is difficult to avoid it.  Instead of a given time slot today the news is 24-7.  It’s interesting that you can watch the same half hour of news over and over without any changes.  The shows are taped and just repeated one after the other.  If you watch long enough the show gets embedded into your mind.  Not only do you know the news you can repeat word for word what the comments are and where they will go next.  It isn’t like it is new news.  I might see the show in the early morning and later at night the same show is repeated.  It normally isn’t until the next day that we get the new news.  It obviously doesn’t meet the requirement of telling us all of the news.  It’s still only a half an hour. Truly it still isn’t really the way it is.

We have a choice in life.  We can always be looking for doom and gloom or we can look at the bright side of life!  We are usually not given the bright side from the newsroom. It desires to tell us what is wrong in the world and what we should and must fear.  If I start watching too much of the news they care to share I tend to get upset and involved in things I have no control over.  I have learned that there is plenty of good news out there if you seek it!  The fact that we are here is good news.  If we look around us we see much more good news than bad.  I choose to look at the glass as half full instead of half empty!

As Christians we don’t have to live in fear of the news.  Whatever is going on in the world is out of our hands anyway.  We should pray for our leaders and leave the rest up to God.  He is in control and he will guide us in our lives no matter what is going on around us.  I mentioned that rarely is good news seen in the news broadcasts.  There is one book that offers good news to all of us!  It is the Holy Bible and it states that Jesus came to earth as a man and died for our sins.  By asking for forgiveness we will inherit a heavenly home when we leave this earth!  That is news that I don’t mind hearing over and over! It’s news that totally makes a difference in my life and how I live my life!  It is not a message of fear but of hope!  Now that’s the way it truly is!