Hurting For A Laugh

Everyone who knows me knows that I like to laugh.  It helps me get through life.  A lot of times I will laugh at myself for something I did.  Sometimes I might even tell a close friend about the event and how embarrassing it would have been if someone had seen it.  When I do, I know this friend will keep my little secret to themselves.  Friends like this are so valued because they could easily break your trust but they don’t.   I am so thankful that some things that have happened to me have not been caught on film.  With the ability of people to make videos from their phones embarrassing moments are going viral every day on the computer.  Though it is funny it can be very embarrassing and hurtful to the victim.

I was sitting in this meeting at work two winters ago.  There was a big snow storm that we had just got back from.  You see it was so bad that they closed the university for a day or two.  The leader told us of extra efforts on the part of one of our teammates.  He had taken it upon himself to get on the treacherous road and slowly drive to work.  He knew he had to keep the computers going. His efforts no doubt should have been greatly appreciated.  As he was trying to get up the hill to a parking lot that wasn’t plowed he got stuck.  He ended up having to get out of his car and push.  Unfortunately while he was out there pushing his pants split.  The leader was telling us about this incident.  He mentioned how when he heard about this unfortunate event from the victim he couldn’t stop laughing.  People all around were getting a good laugh and I have to admit I laughed a little too.  The leader had a little ceremony where new pants and a shovel were presented to our teammate.  As everyone laughed I happened to look at this guy who so bravely sacrificed his time for the good of all of us.  Instead of laughing his face was beet red.  Suddenly the smile left my face.  I remembered a similar moment in my life when I was a happy teenager. 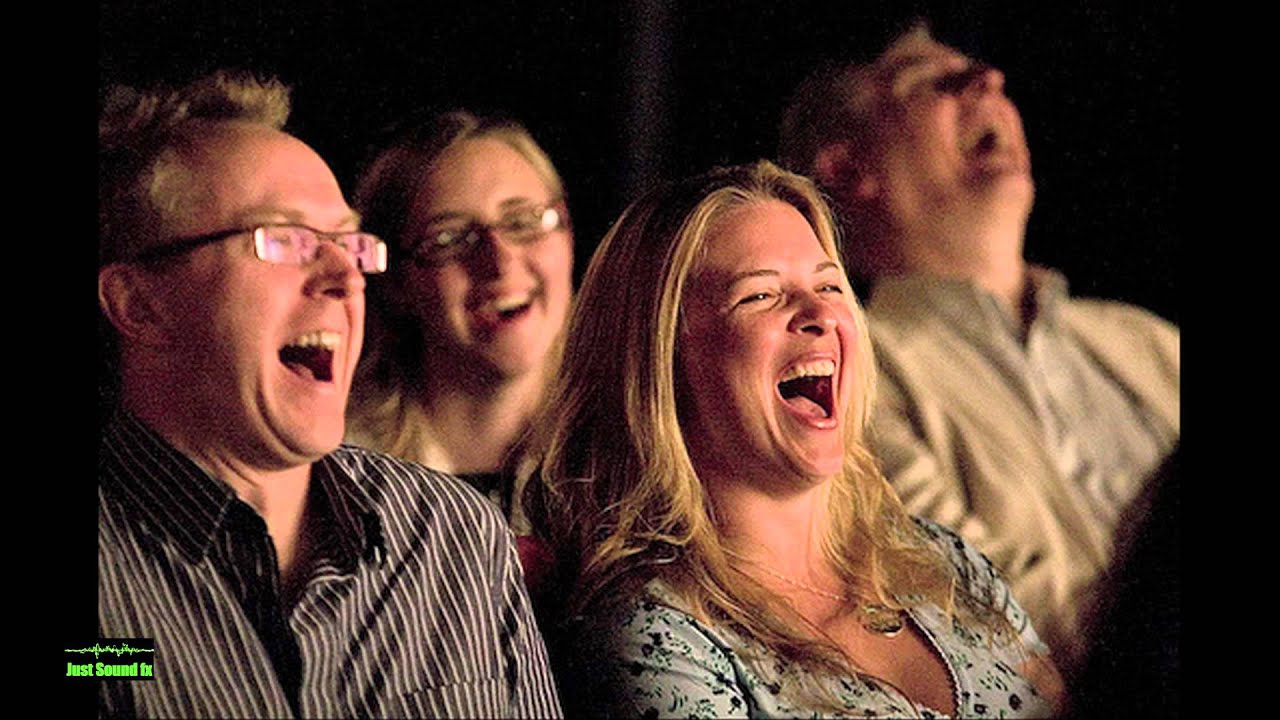 I was in a church youth group and we were sitting around on the floor while the leader was talking.  All of the sudden out of the blue he looked at my head and made a proclamation.  “Lewie’s going bald”, he said,  “I never noticed that before.”  I don’t remember if there was much laughter there that night.  It wasn’t a joke it was an observation he was making.  However to a 17 year old kid who was very self conscious and had a whole head of hair his comment was devastating.  It was embarrassing to me to have someone say that around the girls and guys in the group.  My mom noticed I was down and she asked me what was wrong.  I mentioned what the leader had told me and the group and bless her soul she called him.  They talked for a little while and she told him that I was feeling bad because of what he said.  I’m not sure where the conversation went from there but he found out that what he said bothered me.

The very next week we were all sitting on the floor again at our youth meeting when the first thing out of the leaders mouth was that my mom had called him.  He mentioned that it bothered me that he said I was going bald and the whole group laughed.  To me it sounded like an uproar and I was totally devastated.

I don’t know why this was brought up again.  I also can’t explain why the leader in the other situation thought it was necessary to honor the victim with gifts.  However if you pressed me for an answer here is what I think.  I think that when people have leadership roles too often they want to be funny.  While laughing can be a good thing in both of those examples there was one person who wasn’t laughing and that was the person who was the butt of the joke.  I was reading a comment yesterday that said “How can all of us be happy when one of us isn’t?”  I have never heard it put like that before and makes for an interesting question to the stories.

Too often when we are in a group situation and the leader does something that embarrasses someone else for a laugh we don’t say anything.  We don’t want to get fired from a job or become a so called trouble maker in the group.  However I can tell you that the embarrassment is real and it doesn’t have to occur.  To the leaders of groups be careful.  If you are making a joke make sure someone isn’t getting thrown under the bus for the laugh.  If you feel you have to give a gift to the person who had an unfortunate situation happen you might think about doing it in private.  If you were really concerned about helping someone that would be sufficient.

It’s strange but I haven’t thought about that hurtful youth group moment for years.  Somewhere over time I have forgiven.  The Bible states that when God forgives he forgets.  That is one thing that we can do that God can’t.  We can still remember things that we have forgiven people for.  We can still remember the hurt we felt and the words that were said.  Maybe that hurt can be remembered so we can learn from it and not follow those actions when we become leaders.

I admit that now I am going bald.  I also will tell you that I am almost 60 years old.  Today I am much more mature and I could take a comment like that better although I still wouldn’t like it.  Leaders, if you must make a joke that will throw someone under the bus throw yourself under there.  Somehow I’ll bet there will be a lot less hurtful words that cheaply get a laugh that will soon be forgotten, except by the people that get injured.

Run To Get The Prize!

In 1983 an unusual runner showed up at the start of the most grueling race in the world.  It was Australia’s 543.7 mile endurance race from Sydney to Melbourne.  The race had a $10,000 award to the winner and was ran by the world’s best young endurance runners.  Amazingly the surprise entrant was 61 year old Cliff Young.  Most people thought he was a spectator until he surprisingly stepped to the starting line.  Unlike the other runners Cliff wore overalls and work boots.  Surely this must be some kind of joke the spectators thought.  As he lined up to run people all around him laughed. When the race started the other runners shot off leaving Cliff behind jogging at his slow pace.

The other runners had their plans in place.  Run for 18 hours rest for 6.  That was the way the race was always ran.  Cliff Young didn’t know about how everyone else thought.  While the others rested Cliff kept running.  This was a 5 day event and each day went the same.  Cliff just kept running and running while the others got off of their feet.  Although the other runners were much faster Cliff made up ground during their rest time.  Amazingly it was Cliff who crossed the finish line first in the grueling event in a record time!  He is a legend and his name is brought up every time the race is ran to this day!

I Corinthians 9:24 talks about running a race.  Paul puts it this way.  Do you not know that in a race all of the runners run but only one gets the prize?  Run in such a way as to get the prize.  To truly understand this scripture we must put it in context.  What race is he talking about?  We can find the answer from the previous text.  You see Paul was talking about finding common ground with people.  His whole purpose in life as ours should be too was to get people to come to the Lord.  He states that if he were in the presence of people who were under the law he became like them.   He runs through different groups such as Jews and Gentiles and offers the thought that whatever their core belief is he will not do something that will cause them to argue with him.

Why is Paul so confident in his common ground theme?  The answer comes in his theme for the whole text.  You see Paul’s sole purpose in life was to win as many as he could to believing in our lord Jesus Christ.  He realized that to do this he couldn’t get involved in the arguments that would turn people off and forfeit his chance to talk to them about the most important issue.  That is the context of his running the race in such a way as to get the prize.  The race is spreading the gospel and in order to do that he had to have an audience.

With this election season here it is easy for me to find something that I disagree with and put my two cents in.  I have done this but feel it is important to stop.  You see my purpose as a Christian just like Paul’s  is to spread the gospel and see others come to Jesus.  By getting involved in arguments I realize that not only will I not turn others to my beliefs but I will ruffle their feathers causing them to not listen to the important message of the gospel that I might otherwise have a chance to talk to them about.

As Cliff Young ran he had a single purpose.  He did not get weary in his pursuit of his goal.  He did not rest or become distracted by the others around him. When others stopped Cliff kept going! He seemed like the most unlikely man to win the race.  He was old, he was not an elite athlete, he was not properly dressed for the event, and he was slow.  None of those things mattered to Cliff as he single-mindedly ran his race.  Those things shouldn’t matter in our race either.  You and I may not seem like candidates to win the race either.  People might not see us as ever accomplishing anything worthwhile.  They might laugh at us even attempting to reach such a feat.  However, with a single minded purpose, a belief in our heart, the power of God in our lives, and the desire to accomplish his will for us all things are possible!