When I went to church as a teenager they didn’t have the rock sounding music that so many churches offer today.  I remember one Sunday night the song leader talked specifically to the youth section.  “Tonight we are going to sing only rock songs”, he offered.  Of course we were looking forward to a change of beat from the usual hymns.  What followed was the hymns, (Rock of Ages), (Jesus Is The Rock of My Salvation), (The Solid Rock), and other “rock songs.”  One of the hymns I remember us singing back then was called (It is Well With My Soul).  I remember it especially because it was a song that had an echo in it.  The main words would go (It is well) with some of the people doing that part while a few other ones echoed the phrase (It is well) in another key.  The same echo was done with the words (With my Soul).  Anyway it was a memorable song and seemed to be about a person happy in life because they had the spirit of God in their soul!  Maybe this was a person that everything went right for and God seemed to bless at every step.  We’ve all seen those people that in our eyes everything seems to to be perfect.  They have the perfect family, have the perfect job, the nicest things, and it seems the sun is always shining on them.  Sure they can sing “It is Well With My Soul.”  For those people everything always goes right. 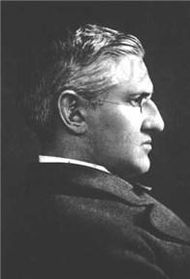 Horatio G. Spafford lived in the 1800’s.  He was a very successful Lawyer and Businessman.  He lived in Chicago Illinois with his wife Anna and their five children, 4 daughters and a son.    In 1871 tragedy hit the family as their son fell victim to pneumonia and that same year much of their business was destroyed by the great Chicago fire.  With trusting hearts they carried on and God had mercy on them as their business started to prosper again.  Their faith was a big part of their lives and by 1873 things were looking up.  All six of them made plans to take an ocean liner overseas for a family vacation in Europe.  Horatio was all ready to accompany his family when out of the blue an urgent business matter came up.  It would take several meetings and Horatio was forced to delay his trip.  He urged his wife and children to start on without him and he promised to meet up with them a few days later (taking another ship). 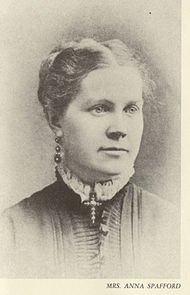 Anna and her four daughters boarded the ship along with 308 other passengers and crew.  The French ocean liner was called the “Ville du Havre” and it was a big impressive ship.  It was 421 feet long and weight 395 tons!  Four days into their journey through heavy fog the unexpected happened.  A huge iron-hulled Scottish ship called the Loch Earn collided with their ship.  Without warning all of the passengers were in great danger.  Anna ran up to the deck and met with her daughters.  They all knelt together and prayed that God would spare their lives but if not that they would be able to endure whatever awaited them.  Tragically 226 passengers and crew from the ship parrished that night including Horatio’s four daughters.  A woman was seen clinging to ship wreckage by a sailor in a small boat.  It was Anna and she was alive.  She was rescued to another liner and nine days later a wire was received by Horatio.  The message was brief but to the point “Saved alone, what shall I do?”  Hurriedly Horatio boarded the next liner and headed off to meet his grieving wife.

About four days into the trip the captain called Horatio and told him they were now directly over the area where the tragedy occurred.  The Holy Spirit must have been guiding Horatio’s thoughts as he wrote the now famous lyrics on that ship amidst his grief and pain in the most heartbreaking time of his life “It is Well With My Soul.”  You see in every ship that has sank there was the same cause.  There may have been different ways that it occurred but the diagnosis has always been the same.  More water was getting in than was staying out.  When the ships got weighted down they sank.  Horatio was determined with God’s help to keep his ship afloat.  He didn’t get into the blame game where the weight of the tragedy could get inside of him.  Instead he chose to keep all of that on the outside.  He showed us how we need to live our lives by the example he left.  Though the storms were raging on the outside he refused to let any of that disturb the peace that was on his inside.  These beautiful words that Horatio wrote with the waves badgering his ship have blessed many hearts and lives through the years!

Whatever my lot, Thou hast taught me to say,

It is well, it is well with my soul.

It is well with my soul,

It is well, it is well with my soul

Posted in A Different Look At Dying, An Interrupted Life