We’ve all heard the old saying “It isn’t if you win or lose but how you play the game.”  In our society that saying just isn’t true.  We watch sporting events every week and countless players interviewed after the games will say “the important thing is we got the W.”   I remember when my son first started playing basketball.  They had this YMCA basketball league and to my surprise they didn’t keep score.  This absence of a scoreboard struck me as unrealistic.  The thinking was that kids that young didn’t need to be all concerned about if they won or lost.  Being around sports my entire life I found the games to be an effort in futility.  They were playing the game but it was like it didn’t matter how they did.  When I participate in sports I am always the scorekeeper.  I don’t know why I originally took up the role.  I think it is the fact that nobody else ever jumps to do it.  To me the scorekeeper cannot miss a beat.  They need to call out the score after every made basket or winning point.  When others keep score I notice that points are made without them calling it out.  That leads to confusion later as the proper score gets incorrectly called as the game goes on.  I’ve found that in the order of things calling out the score let’s everyone know the game situation.  Everyone is on the same page and the score is never confused unless the scorekeeper makes a mistake.  If that happens the other players will quickly correct them and the game goes on with the proper score agreed on.

In organized sporting events we don’t need to keep score in our heads.  The scoreboard and official scorekeeper are all part of the game.  In the professional ranks people are paid good money to make sure that the score is right.  I’m reminded of watching numerous basketball games where the scoreboard isn’t working right.  Usually it isn’t the actual score as much as it is the time clock.  When the referee comes over to try to correct the problem the scorekeeper will invariably throw their hands up in confusion.  It strikes me as funny that the person in charge of keeping things straight has no idea what is going wrong.

With the knowledge of how important the score is and how people want to know the score Ernie Harwell the great old Detroit Tigers announcer used to make sure he said the score often.  Ernie’s broadcast was on the radio and he realized that people were tuning in and out all of the time.  For them it was important to know what the score was.  For those listening from the beginning a reminder didn’t hurt anything.  By saying the score often they were sure not to get the score mixed up. 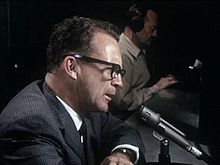 The official scorekeeper in baseball has traditionally been a rather interesting job. The actual score of the game is easy but the insides of the score can be difficult.  Many a controversy has arrived as to if a batter is credited with a hit or the fielder an error.  That particular controversy is very important to the person hitting the ball.  Getting a hit raises their batting average which is a meter as to how well they are doing their job.  When the scorekeeper scores the hit as an error on one of the opposing teams fielders it is scored like the batter made an out. Even though they are on base and eligible to score a run their batting average has went down.  Players have been known to bug the official scorekeeper continuously over calls that were made affecting their batting averages.  One time Babe Ruth hit a towering popup.  Not only did he hit long home runs but he also hit the highest popups anyone had ever seen.  Players circled around trying to gauge this towering fly and one of the players got a glove on it before it dropped to the ground.  The official scorekeeper gave the fielder an error on the play and Babe was furious.  Every time he saw that scorekeeper he brought up that pop up that he felt should have been a hit.  To his credit the scorekeeper held to his original conviction and never changed his decision in spite of all of the pressure Babe put on him. 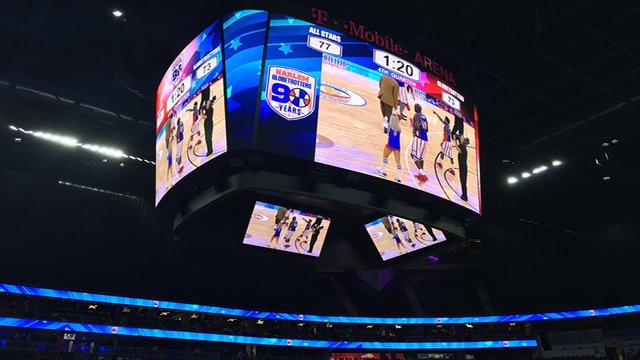 Now when we go to a professional event the scoreboard is so big it dominates our thinking.  Not only do we see the score we ,can also watch the game on the scoreboard.   A giant screen can give the viewer an at home view of the action that they might have missed originally.  The scoreboard has come a long ways through the years.  It used to be done by hand with someone hanging numbers on an actual board.  Now everything is electronic and when things go wrong some kind of specialist has to be called in.  Fenway Park in Boston still uses the old fashion way of keeping their scoreboard.  There is still a person inside the famous Green Monster Wall that does the scoreboard by hand.  This old school feature in their ballpark takes us back in time.  Even with all of the technology of today’s scoreboards the obvious thing is most important.  No matter what else is going on that draws our attention the most important thing is to show us the score.

As important as it is to know the score in a sporting event you would think that keeping score would be something we should do in life.  In fact some of us are constant scorekeepers.  Have you ever heard yourself say “I’ll get even with that person?”  We say or hear other things like “that person gets all of the luck.”  Rick Springfield had a song with the lyrics “I’ve done everything for you, You’ve done nothing for me.” These are all indications that we are score keeping. 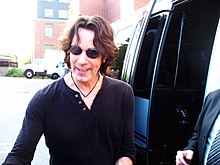 Unlike the basketball game with no scoreboard our efforts in life without a scoreboard are not futile.  If we truly want to please God we cannot be score keepers.  Jesus doesn’t want us to keep score because when we don’t he gives the ultimate victory.  He talks about loving our enemies and if someone sues us and takes our shirt give them our coat too.   Romans 12:19 states It is written “It is mine to avenge; I will repay”, saith the Lord.  In life the ultimate score keeper is in heaven.  He see’s everything and in the end he will settle everything.  It is our job on this earth to walk our road he has set out for us.  There is no room to compare ourselves to other people on their own path.  When we focus on loving God and doing his will it takes away all of the burden of keeping up with everyone else.  “Peace I give to you”, he tells us.  We will never get that peace when we are concerned with the world’s scoreboard.  Giving up keeping score frees us up to do what we are supposed to do in a loving way.  We are supposed to put others first.  When we do that it may look like we are losing on the world’s scoreboard but great is our reward in heaven!

Posted in Attitude is Everything, Christian Living

2 thoughts on “The Scorekeeper”