Sleeping In The Hotel Doorway

I used to play one of the late Jim Croce’s songs on my guitar and my mom would say it reminded her of one of my friends named Wayne.  Wayne was on his own but always finding himself in unfortunate situations.  Anyway the song’s title is Box #10 and it was on Croce’s “You Don’t Mess Around With Jim” album.  The thing about this song was that it wasn’t a big hit.  It was almost like Croce put the song in there to fill the album up.  Yet that song said a lot about how things go wrong when we are not connected to God.  Here is the lyrics and the chorus. 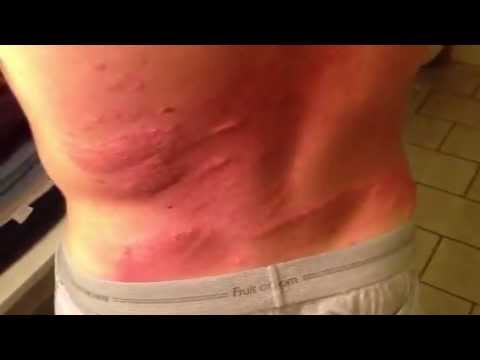 I’m reminded of one summer when Wayne and I both got a bad case of poison Ivy.  Both of us were miserable.  I remember my mom reminding Wayne not to scratch it as she caught him in the act.  He didn’t even realize what he was doing.  We used this pink lotion stuff to relieve the itch.  The stuff would get hard and supposedly dry the poison ivy up.  The problem was it still left the unbearable itch.  Somehow we both survived our poison ivy attack that summer but there was much suffering.  Years later when I was a “mature” adult I got a bad case of poison ivy again.  Stubbornly I refused to go to the doctor.  I decided that I could get rid of the stuff myself.  After about 3 weeks the poison ivy was all over me and I decided to go to the doctor at long last.  The doctor looked at me and said “what have you been in?”  He gave me some pills and within 2 days all of the poison ivy was gone!

Unfortunately that is how we are with God at times.  We wait and suffer until as a last resort we come to him.  When we do he solves our problem and we wonder why we didn’t go to him in the first place.  The part of the song that really stands out to me is in the chorus he states “I’ve been sleeping in the hotel doorway, and tonight they say it’s gonna rain.”  That is how it is when we are trying to go it alone.  We are not protected from the snares that the enemy is throwing at us.  Instead of trying to live our lives on our own doesn’t it make sense to surrender it to God?  Like the parents in Illinois he is concerned about us and wants the best for us.  Instead of sleeping in the hotel doorway he wants us to have the best suite in the hotel!  All we have to do is ask!  If you have been spiritually sleeping in the hotel doorway repeat this simple prayer with me.
Lord Jesus,
Please forgive me of my sins and save me
Come into my heart and make me whole
Take me from this life of sin and give me hope
Make me a new person in you
Be my Lord and Savior
Amen
If you prayed that prayer with me you will feel a wonderful peace in your heart.  That is the Holy Spirit making his presence in you!  Rejoice because your name is written in heaven and you will never have to sleep in the hotel doorway again!

Posted in A Short Trip To Hell

One thought on “Sleeping In The Hotel Doorway”