There was no freedom.  All of that had been taken away.  It really seemed there was no hope.  Locked in a tiny prison cell all he could think about was what went wrong.  I didn’t know Dane very well growing up.  Kevin his brother who was my friend in our high school years told me that it was hard getting close to Dane because he was never around.  Dane had run away from home a few times.  Each time he was found and returned.  Why did this happen I wondered?  Dane explained that he was one of six kids and always felt like he was the black sheep.  He was a free spirit and felt confined at home.  This was my conclusion from trying to piece his story together.

One night while Dane was drunk and strung out on drugs an army buddy called.  There was a house he knew of that was ripe for the picking.  It was open and nobody was home.  It would be easy to enter and take whatever they needed or wanted.  When Dane arrived he found the house just as described.  Him and his buddy ransacked the house as Dane took an expensive stereo system and a nice guitar.  Somehow they must have made mistakes in what they thought was a perfect crime.  Dane had taken the stolen merchandise back to his friends apartment and fell asleep.  He was awoken by the sounds of sirens from police cars.  Busting into the place they found and arrested Dane.  He was too out of it to even care.  So that was the beginning of what Dane thought was his pain.  In truth his pain had been going on for a long time.  Before he was in prison he lived in an invisible prison.  Yes he could come and go as he pleased but inside he was in bondage but didn’t know it.

It was obvious as he sat in that little cell day after day that this was the real thing.  Day after day he had nothing but time.  Time to think, time to regret, time to worry, and time to go crazy.  He had a picture of the sun rising that he had in his cell.  That picture kept him going when he knew he wouldn’t see the actual sun.  There were times that Dane was put in a cell with as many as thirty other inmates.  Other times he was in a cell by himself.  Then there were times that he got into trouble and they put him in what they called “the hole.”  This was a place where he was alone with absolutely nobody around.  This was the punishment for mouthing off or doing some other act that caused extra punishment.  Dane wondered if he could keep his sanity and many times he was sure he couldn’t.  He mentioned that he preferred a cell without cell mates.  Unlike the hole these cells at least had noise and action going on around him.  The scariest cells were the ones shared by many other inmates.  Dane feared that another inmate might attack him and he was always uncomfortable and on full alert when he was forced to live in this situation.

His mind drifted to when he arrived at this Portland Oregon Prison.  It was called Rocky Butte and it was built in the rocks right off of the highway.  A whole bus load of prisoners were dropped off including Dane.  They were all strip searched and given prison uniforms.  That was the beginning of Dane’s hell.  So much time to think about things in his life.  So much time to analyze his mistakes.  He was at his lowest point many times.  He stated that it was a case of keeping sane in a place where sanity was hard to hold onto.  Just when things were at their darkest a small light entered Dane’s life.  It came in the form of a pastor who cared.  Dane was to the point where he thought nobody cared.  He had received mail when he first arrived and eagerly looked forward to getting more.  Slowly the mail stopped coming in.  He was a dying man reaching for a saving rope and little did he know this pastor was throwing one to him. Dane listened intently at the message the pastor was delivering.  One thing about prison that is very clear is the words in the Bible that all have sinned.  Seeing the dark side of life helped Dane recognize the light.  It was like he was in total darkness and someone had pulled the curtain up where a little light shined.  Naturally Dane gravitated to that light.  He had heard about Jesus and wanted a way out of his darkness.  You see not only was Dane in a dark place physically but he was empty on the inside.  The pastor made it clear that he needed Jesus and he accepted Jesus into his life.  The pastor gave Dane a Bible and Dane got busy reading.  Jesus became real in his life and from that time on he had peace in the midst of his prison surroundings.  From that day many years ago until now Dane has lived with a peace that only God can give.  He was released from prison years ago but the pain that he felt is still remembered. 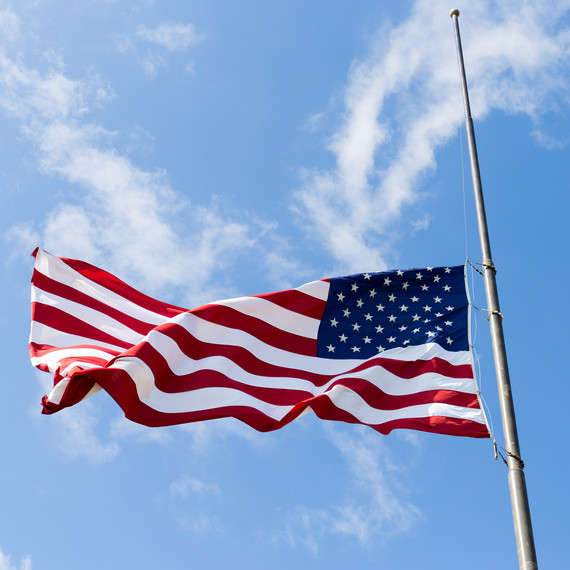 It’s Memorial Day Weekend and obviously it is a time to remember our fallen heroes from the Military.  Dane would like us to remember other people also.  They are prisoners who are living their lives in bondage.  Pray that someone comes along like the pastor did for him and gives them an opportunity to receive Jesus.  Pray that they will not give up hope and not give up on life.  We have a tendency to forget the people who are in jail because they are not walking among us.  Sometimes we say to ourselves “they made their bed now they have to sleep in it.”  Dane recognizes from experience that there are many lonely hurting people that made mistakes and are paying for them.  In Luke chapter 7 verses 41-43 Jesus tells this story.

41 “Two people owed money to a certain moneylender. One owed him five hundred denarii,[a] and the other fifty. 42 Neither of them had the money to pay him back, so he forgave the debts of both. Now which of them will love him more?”

43 Simon replied, “I suppose the one who had the bigger debt forgiven.”

“You have judged correctly,” Jesus said.

Pray that those who had sinned much receive forgiveness.  These are people like the Apostle Paul who were going 100% in the wrong direction.  Paul was determined to kill as many Christians as he could and felt he was doing the world a favor by doing it!  That was until he had an encounter with Jesus on his way to Damascus.  Many times people like Paul when salvation comes their way are the ones who turn completely around and go 100% the right way.  The world needs their testimony because they are  people that Jesus can use because their testimony is so drastic! In a dark cell tonight there is a person like Dane who will have a story to tell.  They may feel lost and lonely tonight but someday there will be freedom and peace.  Pray for and contribute to prison ministries for when you do you may be adding a crusader to the kingdom!  To this day Dane has and reads the Bible that pastor gave him.  It’s a nice reminder of someone who cared enough to come into his dark world to share a beautiful light of love! 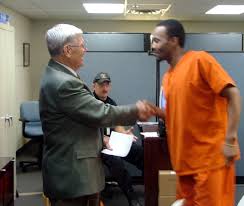 Posted in An Interrupted Life, Compassion

3 thoughts on “Dane’s Pain And Gain”