I See My Time Is Up

There used to be a radio sports talk show I listened to in the 1970’s from Cleveland., Ohio.  Cleveland had a huge radio signal from 1100 on the dial they called 3WE which was WWWE.  It would normally  come in fine to my home in Michigan at the time of his show which was 7 pm til 11 pm on week nights.  The host named Pete Franklin would spend a lot of the show badgering his callers if they disagreed with him.  The calls of people in agreement were somewhat boring, but the disagreeing calls were why I tuned in.   Pete had an advantage in his arguments because he could get loud and dominate the conversation.  If the argument got too fierce he would many times just hang up on the caller.  I listened not only for the sports but for the entertainment of the whole thing.  At that time Cleveland sports teams were at a low point as far as wins go.  Pete would criticize the management, explain how things could get better,  but his heart was always with Cleveland sports. He would say that his biggest thrill would be if the Indians won the World Series.  Unfortunately they never did.  It was always an entertaining show because it was hard to believe what Pete could get away with.  At the end of the show he signed  off with words very humbling and thought provoking.  He actually appreciated all of the calls both good and bad and his listeners.  “I see my time is up”, he would state, “Thank you very much for your time.”

That little statement brought back to mind as a listener the importance of time.  I had spent a few hours listening to his show and he was actually bringing it to my mind.  We all spend time which can be compared to spending money only more important.  By observing what someone spends their time on we can discover what is important in their lives.  Most people will tell you that they spend a lot of time at work.  Well that must be important to them then.  Sometimes the important conflicts with the have to.  We see bumper stickers on cars that say stuff like “I’d rather be golfing” or “I’d rather be in Hawaii” or things like that.  Still they are driving their car in Michigan spending their time not really doing what they are dreaming.

This spending time thing gets me thinking about a very low time in my life.  It was a time right after the tragedy of losing our daughter.  Naturally we were hurting and my mother in law suggested we see a counselor.  At first my wife went alone as I tried to deal with the pain on my own.  Finally I decided to go with her.  I don’t remember if I went to one session or two but I do remember one very well.  We were talking about things that were very hurtful but I felt like that maybe some good was coming out of it.  At the very peak of our feelings when things were getting out that were held in he looked at his watch.  “Well I see our time is up”, he announced.  At that moment I looked at him completely differently.  He had given the image that he really cared about us and our hurt.  Sadly I realized that he was there just for the money and it was because it was his job.  I realize that there is a time frame for anyone in that profession, but the way that he left us in that moment told me that his time frame was more important than us.  We never went back and that image of him looking at his watch is what I think of when I think of him. 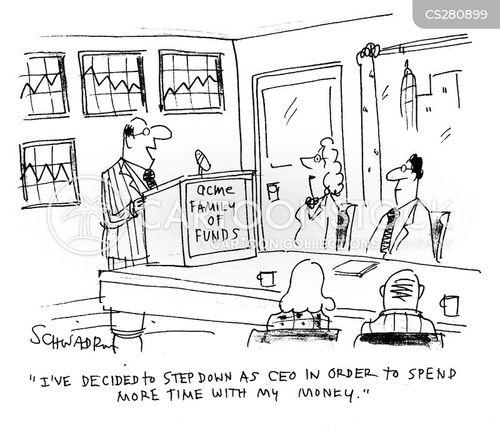 Why do we have to go to specialists to help us with our problems anyway?  Could it be because the people around us don’t care to get involved?  The counselor guy didn’t give any advice out of the ordinary.  Basically we just talked and he listened.  Why can’t the Christian people in our lives take the time to listen to their neighbors in need?  Recently I noticed that a friend wasn’t himself.  I couldn’t place my finger on what was wrong but when I saw him one day I could just tell.  He was quiet when he usually is very out going and he was sad when he is always happy.  I found out that his wife had left him and he was totally devastated.  He loved his wife very much and it took him completely by surprise. I made it a point to take the time to try to comfort him one day.  I put my hand on his shoulder and said “I heard what you are going through and I want you to know that I am praying for you.”  That took a few seconds of my time and obviously I was glad to spend it.  I didn’t realize what an impact those caring words meant to him until I talked to other friends later.  Apparently he has been going around telling people what my little talk did.  He had been holding everything inside and now whenever he talked about how much better he has been he always mentions me and the words I said.

These experiences have helped me in my Christian walk to answer the question of why.  Is the person being nice or trying to give advice because they want to or because it is their job?  Are we free with our time or are we stingy when it comes to helping others?  God wants us to love our neighbor but what does that mean?  Does it mean to love them at our convenience and if it doesn’t fit our schedule to brush them off?  Some day we will all have to account for the limited time we were given.  Did we spend it wisely helping others or did we spend it on our selfish desires?.  Without Jesus in our hearts it will always be the latter.  With his love there and our constantly seeking his will we will find our time being spent more wisely.  We will look for people we can help not because we have to but because we want to.  Hopefully in the end we can say “I see my time is up, thank you Lord for helping me to spend it wisely!

Where should my thoughts
and actions be,
on worldly things
or eternity?

One is passing
the other one lasts
One never ends,
one goes by fast

I often wonder
when my life is done,
will I be rewarded
for souls I had won?

Or will I just carry
what satisfied me,
with no lasting value
for eternity?

But store up for yourself
treasure in heaven, where
moth and rust do not destroy,
and where thieves do not
break in and steal.

Posted in Life is Short, Love