Can You Top This?

Many years ago I bought the Guinness Book of World Records.   As you probably know it is a book that lists many different categories and the records in each one and the person who made them.  I remember talking to a friend as we thumbed through the book trying to figure out a record we could top and have our names in there.  The most amazing thing about the books contents were the extremes that people would attempt just to get into it.  The records were so out there that they were not worth our time and effort.  How could having my name in that book change my life in a positive way?  The commitment, time, and ability to set one of those records would almost assuredly wreck someone’s life.  Yet there is that desire we have to beat someone’s record. 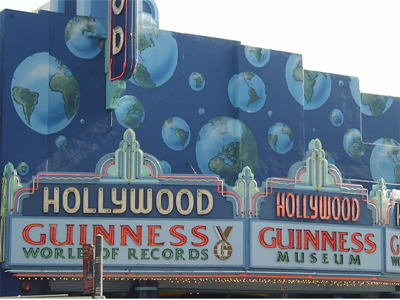 We start at a young age with the sports we play.  Until kind of recently the games were always scored and of course winning felt a lot better than losing.  I remember my first year in little league we were losing the game and in the last inning one of the kids on my team struck out.  He started crying and the coach was left to console him and tell him it was alright.  It was one of those moments when the coach was also a counselor, a friend, and a brother all rolled into one.

We learn in life that sometimes we win and sometimes we lose but we must keep trying.  We also learn to compete.  Competition is a good thing because it brings out the best in us.  As long as we are willing to take our wins modestly and our losses with respect for the person or team that beats us we have no problem.  Sometimes though the competition and desire to win takes too big of a part in our lives.  That competition can occur even over things that don’t matter.

There used to be a show that came on when I was a kid.  It was on channel 50 out of Detroit.  In those days cable TV was just 5 or 6 extra channels, not the variety we get today.  Getting Detroit from my home in Portage was a special thing.  Anyway the show was called “Can You Top This?”  It had comedians come on and tell a joke to a live audience.  They would compete with each other with the gauge being what they called a laugh meter.  The highest score they could get was 100 and after the joke was over the meter was shown on our TV as an arrow and digital numbers going to it’s highest point according to the sound of the audience.  To show you how ridiculous the show was I remember one of the jokes that got 100 points.  It was a joke about a kid that was crying and his father was with him.  “What’s the matter”, his father asked.  The kid blurted between tears that all of the other kids called him fat.  The father comforted the kid telling him he wasn’t fat, he was pleasantly plump.  Now put on your hat and I’ll roll you home.

Amazingly that joke took the high score for the night.  More amazing is that of all of the jokes they told on that show it was the only one I remember.  As silly as that is there are many people that are playing the can you top this game today.  We used to see it in the old neighborhood saying “Keeping up with the Jones’s.  If Jones got a new mower maybe we would get a better one.  If Jones got a new car maybe we got a newer one.  These kind of competitions were silly and many times had nothing to do with needs.

There is another type of competition that many of us get involved with.  It is the competition to always have the best story or the most exciting experience.  If you tell someone a story they instantly come up with something that tops yours.  It is like they are hardly listening to you as they are thinking about their experience that was truly a bigger thrill or a scarier tale, or a funnier experience.  We should stop that because it makes the other persons experience feel not very important and they may not tell us but it makes them angry.  Everybody wants to feel important and it is important as Christians to make others feel important.  We should listen to their story and laugh, be amazed, or whatever the story calls for.  In other words we don’t always have to win.  Let them win the story game and let them feel  important.  By desiring to listen without competing we silently say that we care and value their experiences!

One thought on “Can You Top This?”